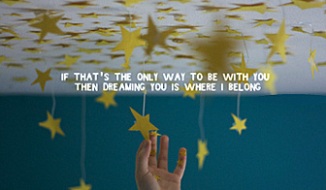 People die. Its normal. It happens. It pains you but you survive. But how the hell do you survive the death of a child. The death of your child.

My friends lost their new born yesterday. When I heard about it, I wanted to reach out to them but I did not know how. What do you say to a person who has lost their little one? What do you say to a Mum who had her rights to cuddles and spit bubbles snatched? How do you console a Dad who did not get a turn to change a dirty nappy? How do you make up for lullaby never sung or the bed time stories never told? How do you come home empty handed to a house ready for tantrums and giggles? Its just not fair when a baby dies. Its just not right.

When I heard about the loss, I cried. I relate things to me and so when I heard about the baby, all I could think was about mine. About how much I took him for granted. How I made faces at his stinky diapers, how I tried to wriggle out of burping him after every meal, how I complained about sore backs and broken sleep. How much I complained about something that in the end is not really mine at all.

To know the true value of a poopy diaper, of a bib reeking of spit-ups or of months of no sleep, ask the mum who just lost a child. She will gladly take potty training hell, the terrible twos, the tiresome threes, the years of teenage rebellion and everything that follows, even having no life (which most of us complain off following a child) for a few moments back with her newborn. I know I would.

If we had control over things, no one would ever die. Atleast no baby would.

4 thoughts on “When a kid dies”

The story so far